In pursuit of Spring

103 years ago, in March 1913, Edward Thomas - later to become one of the greatest poets of the 20th century - set out from London heading southwest to Somerset in search of Spring. The result of this journey was In Pursuit of Spring, reprinted and re-issued earlier this year, providing a fascinating insight into life in England before the First World War.

The Guardian re-traced some of his journey and published comparable views showing what they look like 103 years on. http://www.theguardian.com/environment/2016/apr/07/edward-thomas-in-pursuit-of-spring-historic-photo-locations-revisited-little-toller

Reassuringly and surprisingly, the remarkable thing is not just how much is recognisable but remains substantially unchanged. Other than a few cars and road markings to be seen in Bridgewater much remains the same. Trees have come and gone and in one instance - on the Quantocks - largely bare hillsides have become woodland; not what we might expect. It is very easy to think the world is changing faster and faster and usually for the worse, but here the evidence suggests otherwise. 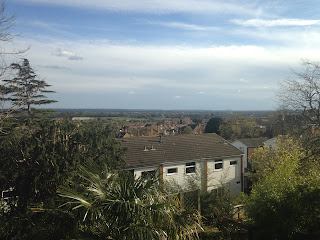 Not only the landscape remains, but a hundred years on and despite our fears and uncertainty over our climate, Spring still arrives in Britain from the southwest and progresses north and east at between one and two miles an hour. Thus we might reasonably expect to witness similar stage in growth and activity around a week later in Norfolk as opposed to London. Making that journey a couple of weeks ago, the visual evidence was there to be seen. In just 125 miles the season had changed. In Norfolk, Spring was just showing; in southwest London it had happened and in some cases was looking a little past it.

Two weeks on and Spring is here in northwest Norfolk if not quite yet in northeast Norfolk. It is that subtle. Plant growth and trees coming into leaf are a little late - maybe a week or so - this year, even after the very early daffodils prompted by the unusual warmth of December and the absence of any real cold during January and February might have suggested otherwise. 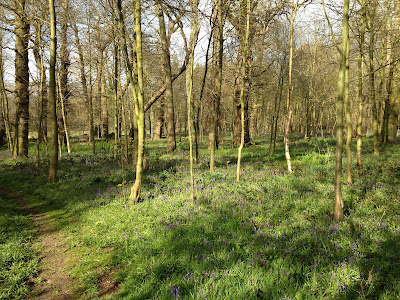 Even with this week's untimely incursion of arctic air, in another couple of weeks, the bluebells in the woods 30 miles away in northeast Norfolk will be in bloom and the sweep of Spring across England will be complete again.

A hundred or so years ago Thomas wrote, "This year she peeped out in February, and coldly wept through March, and in April burst upon us in all her dancing splendour, so that old men have shaken their heads and declared that there never was such a Spring".

Posted by Burnham Grapevine at 14:29 No comments: