It's always good when artists and makers new to the gallery meet with approval. The last two weeks have seen just that with both JOHN HANNYNGTON's pots and NAOMI CLEMENTS-WRIGHT's paintings being warmly received.  John's pots provoke varying reactions, those who like the organic pieces seemingly ignoring the more traditional work and vice-versa.  Similarly those who appreciate Naomi's interiors don't seem to register her still-life work.  Which all confirms what we have come to know - that you cannot predict response.  Suffice to say that we are very much looking forward to building on the foundations of this their first show.

Artists and friends who visit often ask whether life isn't a bit quiet in North Norfolk.  Well... not exactly,  which goes some way to explaining how fast time seems to move on.  One of our favourite artists, GEOFFREY ROBINSON, who has shown with us since the beginning, needs no convincing of the delights of North Norfolk.  Despite living within sight and sound of the sea in Hampshire, Geoff fell deeply in love with Burnham Market when he stayed here during his last exhibition.  He didn't actually move, but he did find his way back here last week with some fantastic new paintings. 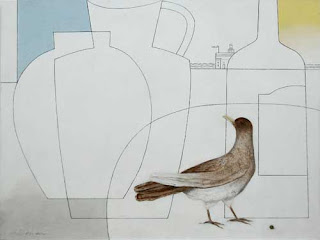 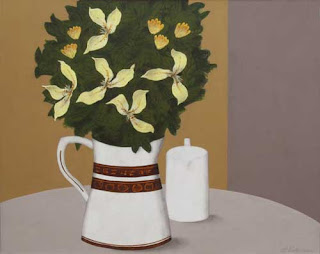 A day out with friends from Yorkshire prompted a visit to the Far East - well Horsey to be more exact. Its all too easy to forget just how big and varied Norfolk is.  Just like Brancaster, Horsey has sand-dunes and a beach that goes on forever.  But the sea is bigger and there are real waves.  They also have seals on the beach, where they come to pup each year.  And a proper pub, and a proper brewery close at hand.  Fantastic! But... I suspect time may go just that little bit slower, so I'm not thinking of heading east just yet. 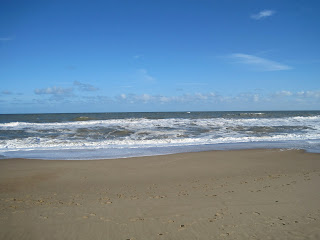 The following day saw sanity restored with lunch at Brancaster and all the wind and rain you could wish for. The kind of real weather you expect in the west (Cornwall) but not so frequent here. Put the wilds of Penwith to shame!
Posted by Burnham Grapevine at 13:23 No comments:

Just like the birds, our artists come back in the autumn!  Presumably, they like many of us prefer Norfolk when it's just that little bit quieter.  Very good to catch up with everybody's news. It also leads to eating out a bit more often... and it's then that the changes that affect every pub and restaurant come to light.  The pub that I have glowingly recommended over the summer months may have lost its chef, or been sold to someone else or...

TripAdviser got more than its fair share of coverage a few weeks back, with Hoteliers alleging abuse. Whatever the truth in this, it can cause problems.  One of our artists decided not to book into the most obvious choice here due to something he'd read, and booked into another establishment a little further afield in Blakeney.  Asked to join him and his wife for supper, I think we were all somewhat surprised to find at 7.30, the menu shrinking before our eyes.  Given that I believe this is a daily menu, we were taken aback to find that even at this early hour there was only 1 of each of two of the main courses!  We might have forgotten this - putting it down to an unforseeable early rush, but strangely the same thing happened with the wine list - with an apparent shortage of Chardonnay.  Oh well.  What we eventually got did taste ok. I can only hope that breakfast was not similarly afflicted.

Ironically, I suspect that the dodgy review that lead to this was just that - dodgy!
Posted by Burnham Grapevine at 14:13 No comments: