Save - a voice of commonsense crying in the wilderness

Organisations and membership bodies do not easily find favour these days, indeed the latter increasingly struggle to find their members unless they offer something tangible in return. Supporting a belief or a cause for the greater good as opposed to protecting or defending an interest is pretty unfashionable.

It comes as a surprise - a pleasant one - therefore to come across a body which seems to me at least to do precisely that, working for the common good. So what is this paragon of virtue? SAVE, or Save Britain's Heritage as they are fully known, sets out its case as being at the forefront of the conservation of national heritage, intervening to help buildings and places at risk of demolition or decay. Over the years they have argued and supported - successfully in many cases - for the retention of sometimes unremarkable but significant buildings, not for profit but because of the value and qualities they lend to their neighbourhood or community.

Some of their campaigns do not chime particularly with me, but how refreshing that they fight for things that do not benefit or make money for them. They are not seeking to create visitor experiences but to secure the intangible qualities of our built environment that make life worth living, even when as now it seems pretty bleak.

So why do I suddenly feel this empathy for them? Possibly the contrast with the shallowness and lack of principles evident elsewhere, possibly their local campaigns but probably because their views increasingly represent what used to be called commonsense.

On a parochial basis, they seem to have secured the future of some unremarkable but potentiallly agreeable railway buildings at Brandon here in Norfolk. These are not great architecture or Architecture with an A, but infinitely better than the lightweight nothingness of the shelter that would've taken their place. Brandon typifies the kind of town that most of us pass through looking the other way and it needs its history and the buildings connected with it. It's very easy to dispose of things, but when we keep them they are usually valued and appreciated.

In Norwich, SAVE have supported the community in their desire to secure the future of the northern part of the City by highlighting the inappropriate form and scale of the Anglia Square proposals. Again not to make money but because Norwich is unusual in having not thus far started building high, particularly when there is no reason to.

So where is the commonsense part? Recently they have looked at the issue of the costs and practicalities of the various options for housing parliament during repairs and refurbishment at Westminster. SAVE have pointed out that whilst the Lords didn't like the idea of going to York, not only is there a historical precedent for Parliament to sit in Oxford, but that the Divinity School at the Bodleian bears an uncanny and practical resemblance to the House of Lords. 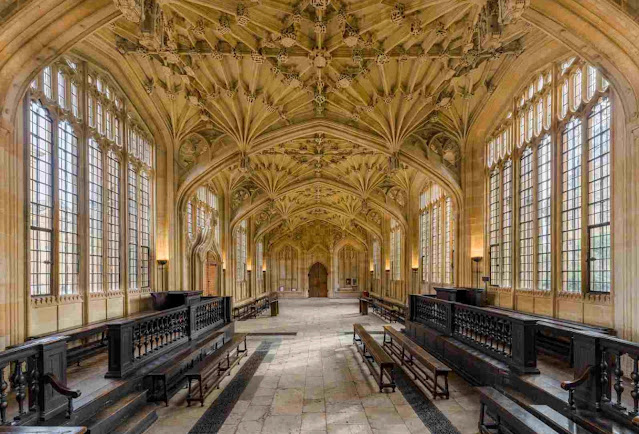 Further weight is lent to their thoughts by the relative costs – £54 million for their costed proposal as opposed to the £1 billion plus quoted for Parliament's own solution. In these straightened times, this looks like commonsense. Simples!

Posted by Burnham Grapevine at 13:09 No comments: