To my mind Norfolk has always been a county of contrasts. Its people, its landscapes and its weather. In the last week the latent contrasts in the former have been drawn out by the latter.  Yesterday was largely grey and misty, particularly so out along the bank towards the sea. And yet just a couple of miles inland it was bright and warm. Inevitably this was reflected in people and their mood; at the coast rather moody and mysterious whilst inland the mood was more open and friendly.

Which gave me cause to consider how varied are our perceptions of the place - and how this is highlighted by the variety in the artistic interpretations of all this.  In July we have an exhibition opening of works by Mike Bernard.  Familiar to those who visit the gallery and widely known for his paintings of the West Country, London and the Mediterranean, this will be the first time he and we have shown a collection of Norfolk subjects.  I have yet to see the collection but the first taste suggests Mike sees Norfolk as a sunny place.


This is how many like to see it - family, sand, holidays. We all know it and empathise; its Norfolk - where else could it be?  But if you love this - there will be many of us who at the same time can identify with its other side, the mist and the mystery. Judging by the reaction, the latest watercolour in the gallery by Gerard Stamp, captures the essence of this. There is no perceptible divide between saltmarsh and sky and yet - we know it's there. 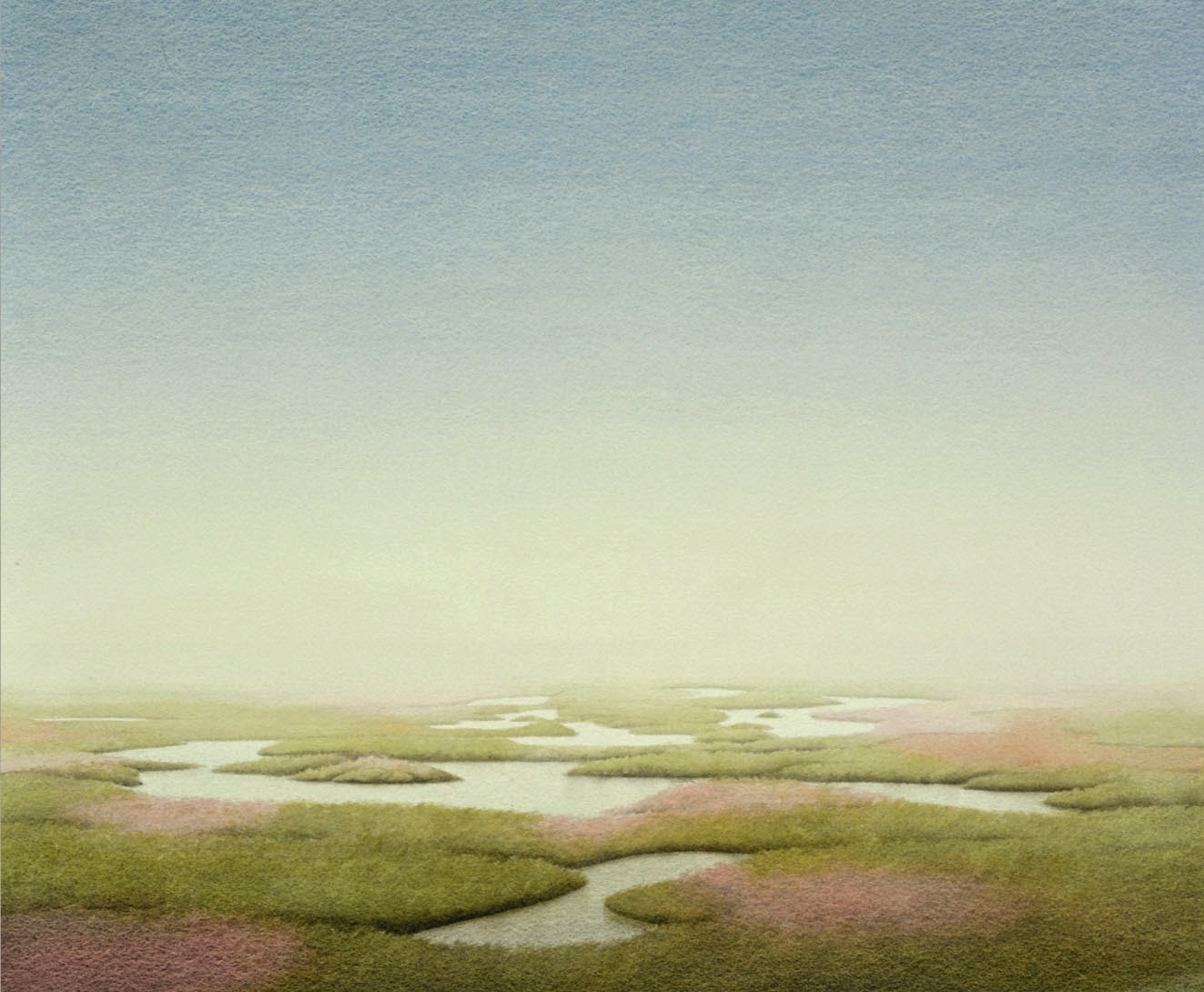 The subjects of these two very different interpretations and appreciations of Norfolk are probably little more than 5 miles and a few weeks apart. Yes, they contrast but they don't conflict. It would only take a seafret to roll in over the beach huts and the sun to break though over the saltmarsh for the polarity to be reversed. And isn't that wonderful?
Posted by Burnham Grapevine at 12:54 No comments:

Too cool for its own good? or just catching up?

I'm talking about Norfolk. There's been a suggestion that cool and interesting things are moving out of London because the people who do them can't afford to be there. That maybe so but I don't actually believe it. There's always an edge.  But what about Norfolk? We are the ultimate edge and it is starting to feel like it is all being smoothed out and interesting quirkiness is being pushed out by the money.

It must be the time of year - it is the time when all the money comes back - but I can't help noticing that the relentless drive to be cool and fashionable is going into customary overdrive. The difficulty is that the local economy needs it.

So what prompts this bout of unease? Away from the gallery, some of my time is spent on matters Overy, or to be more precise the Harbour. Like lots of places it really suffered back in December with the surge but of course there were only locals around then. With the return of money, the residual flaws revealed in December are a cause for concern; when is this all going to be tidied, mended and manicured?

In some ways this is fair enough. But when you look at old photos - by old we're talking anything more than 25 years ago - you see things that just wouldn't happen now or would give rise to much coughing and spluttering. Too dangerous, too noisy, too smelly or even too scruffy.

The world has of course moved on but Norfolk is still - just - a bubble in the eddy that is East Anglia. You only have to look at St.Ives in Cornwall to realise what can happen when places just get too cool. Not only is it expensive, it is simply too crowded for its own good. It's probably too late now for Norfolk and was inevitable, but it is increasingly difficult to look at how it was without a slight sadness and unease about where it's headed.
Posted by Burnham Grapevine at 18:54 No comments: