Life round here seems to have slipped seamlessly into another year. No alarms, no excursions - its all rather peaceful. From a business point of view this is not entirely unexpected but these things do vary. This year, across the board whether your business is food or fashion, the word on the street seems to be quiet. 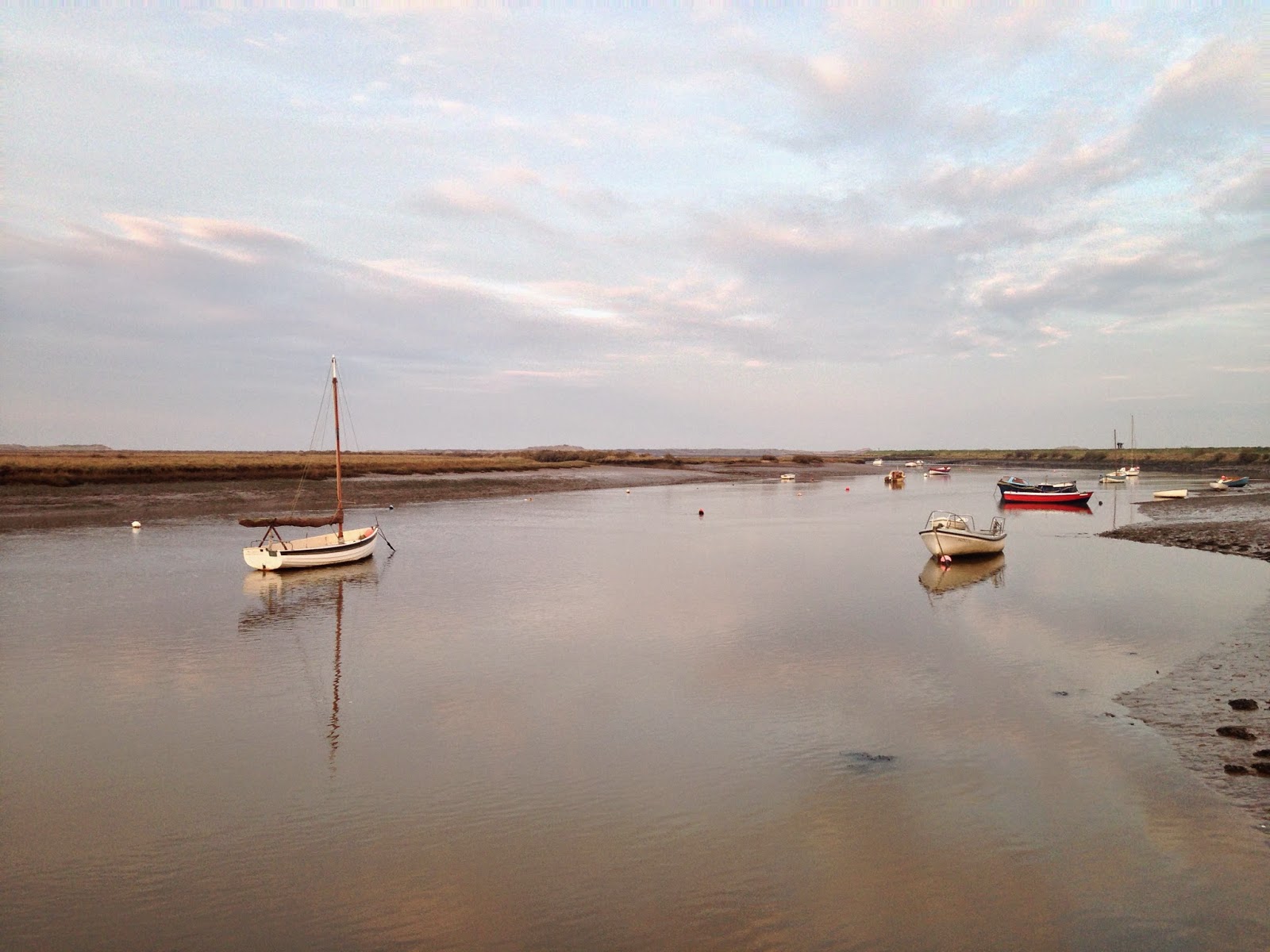 Many tourism based businesses use this as their down time, often not opening again until the February half-term. Strangely to some, Burnham does not follow that pattern and almost everybody continues, albeit with more modest opening hours. Our winter thus far has, like last year, been fairly unremarkable. Some rain, some wind but little frost or snow up here on Norfolk's northern fringe so that can't be the reason. Or maybe it can.

Largely deprived of real horrors, the English tend to actually like being scared - as long as it's within reason - and now with instant news and social media the extremes of tempest, snow and ice are on every phone or screen. We love the drama, the interruption and excitement - the whole idea, and given the opportunity we go out looking for it.  Triumphing over nature in our capable cars, attired in clever clothes - it's so much more than just going out.

And so far, it just hasn't happened here. Quiet weather, quiet days, not much action anywhere. Over the years, we have seen more sales on days when you would have thought anybody who didn't need to be out there would have stayed at home than on those more challenging days. So maybe some serious snow is what's required.

But of course we are in Norfolk where historically we're more likely to see snow at Easter than Christmas, so the best may be yet to come. And has been said before, "be careful what you wish for"   for as the person being interviewed in a snow-bound Derbyshire said today - "it looks lovely until you try to drive"
Posted by Burnham Grapevine at 15:10 No comments: