In just a few weeks time it will be a year since much of the Norfolk coast was awash, a combination of high spring tides and low pressure over the North Sea producing coastal flooding not seen since the 50's. A lot of the damage has been repaired and in many cases things are more or less as they were this time last year. 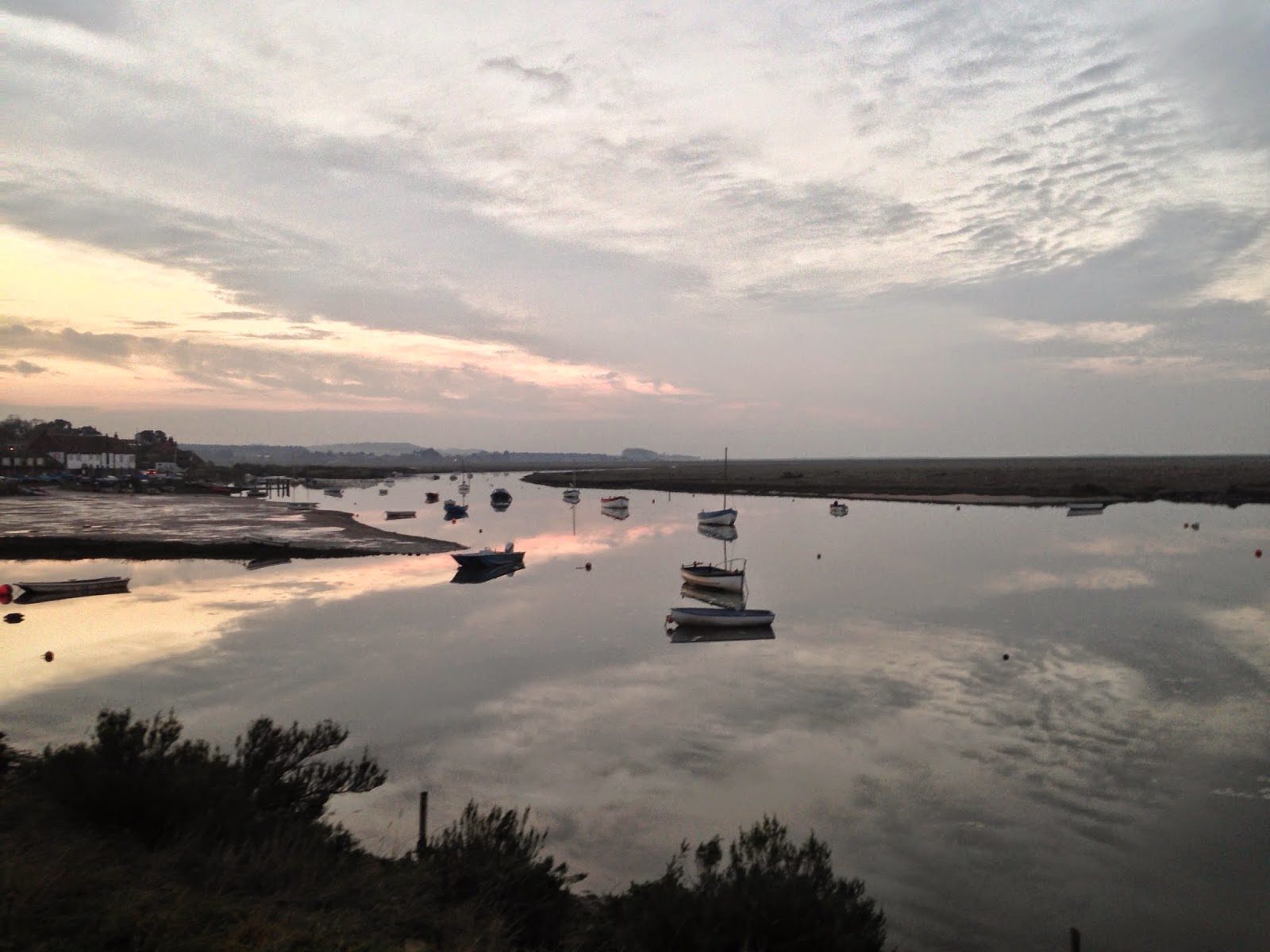 However on my perambulations in the dusk at Burnham Overy, its difficult not to notice the scurry of activity of building contractors busy working on many of the properties that were inundated last year. Presumably their owners feel a sense of growing urgency or simply would like them back in use by Christmas. One of the bigger houses is replacing its hedge boundary to the coast path with a reinforced wall and presumably removable flood barriers to its entrance from the Staithe.

It's equally difficult not to notice that the weather seems to be following a rather similar pattern to last year. It's all very calm and tranquil, only just autumnal rather than heading for winter and certainly nothing untoward in the monthly forecast - again just like last year. Given the way nature has a habit of catching us out, it would be nice to think the aforementioned flood protection is in place before the early December big tides.

Having said that, even if the works are finished, should history repeat itself it wouldn't come as that much of a surprise if the tide somehow found its way round the back
Posted by Burnham Grapevine at 17:23