So where do we go from here?

Just four weeks ago I referred to what were then increasing pressing reasons to encourage life to be as local as possible. The world in which I wrote those words now seems so remote and from a different time. In just a few days we have moved from encouraging life to be local to it being a necessity for all of us everywhere.

As one of my favourite and hence much used quotes says, "the past is a different country; they do things differently there". Indeed we did, and hopefully we will one day do again. In the meantime, I like so many am taking pleasure in the blue skies and the sounds of spring. Looking for positives, the crisis has achieved worldwide what would never have even been considered possible in our most extreme fantasies, a genuine reduction in pollution and hopefully positive impact on our climate.

What happens when in the months and years ahead the health aspects become more manageable is a very different question. I can't see life returning to normal, if one's definition of normal is the lives we have lived. To speculate further is simply that – speculation. 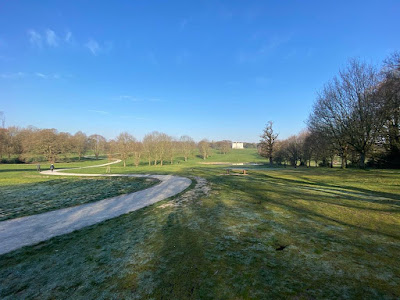 The idea of history and time at least in the christian world is defined very generally by the concept of BC and AD. In the humblest possible terms I am now using a third, BCV.  They did things differently there.
Posted by Burnham Grapevine at 15:44