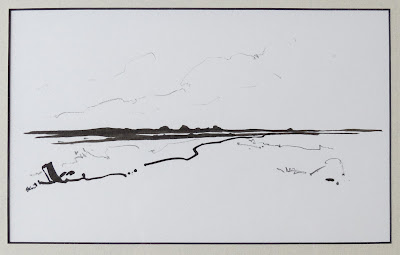 Two years on and the further development or distillation of these minimal ideas has produced Harry's exhibition with us - The Island. Some people don't get it and are at a loss as to what it's about. Most do - and many who came along to see it at the opening have returned to look again and again.  Which is a bit like Overy itself.
Posted by Burnham Grapevine at 11:27